Plant a tree in memory of Joyce
An environmentally-friendly option 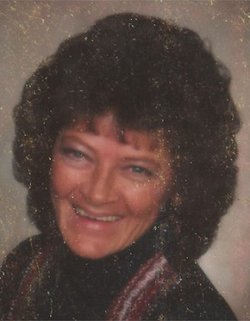 Joyce LaDonna Dishon, 63, of Neoga passed away Thursday, October 13, 2011 at 2:45 a.m. at her home.
She was born July 18, 1948, at rural Palmer, the daughter of Rayburn and Belvie Dowdy Hogge. She first married Charles Wicker and they divorced. She married Minor E. Dishon on July 11, 1980 at Stonington. She was preceded in death by her parents; infant son, Gregory Wicker; and a brother, Ricky Hogge. Joyce worked as a welder at Peerless of America, Inc. in Effingham.
Survivors: Husband, Minor E. Dishon of Neoga, IL; three daughters: Angie Wicker (companion, Randy Bingham), Brenda (husband, John) Oller, and Shelly (husband, Shawn) Berroyer, all of Taylorville, IL; son, Shane Wicker of Neoga, IL; four stepdaughters: Terri Dishon, Kathy Dishon, Debbie Miller and Mary Dishon; sisters: Catherine (Lee Don) Vaughn, Janice (Carl) Tucker, Marie Sheedy and Julitta (Ron) Harrison, all of Taylorville, IL, and Gena Carver of Salt Lake City, Utah; brothers: Jerry Hogge of Taylorville, IL and Kerby Hogge of Chicago, IL; several grandchildren and great-grandchildren; and sister in law, Jodi Hogge of Taylorville, IL.
Memorial services will be held on Thursday, October 20, 2011 at 11:00 a.m. at Shafer-Perfetti Funeral Home in Taylorville with Rev. Jim Maroon officiating. Burial will follow in Anderson Cemetery at Palmer.
A visitation will be held one hour prior to service on Thursday at the funeral home.
Shafer-Perfetti Funeral is in charge of arrangements.

Plant a tree in memory of Joyce by clicking here.
To send flowers to Joyce's family, please visit our floral store.

A service summary is not available

Plant a tree in memory of Joyce
An environmentally-friendly option

Plant a tree in memory of Joyce

Be the first to share your favorite memory, photo or story of Joyce. This memorial page is dedicated for family, friends and future generations to celebrate the life of their loved one.

We ask on behalf of the family that you keep your comments uplifting and appropriate to help all who come here to find comfort and healing.

Plant a tree in memory of Joyce